Frank wants to give his undeveloped property to charity in exchange for an annuity.

The charity is stuck with accepting a gift of real estate without a guaranteed buyer.

What if a buyer for the property could be guaranteed? 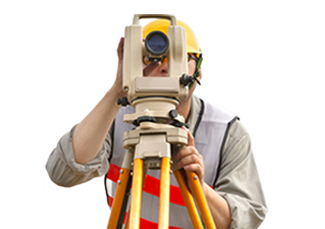 Frank would like a steady, predictable income. He owns a fair amount of undeveloped property and regularly makes donations to the local hospital. In their last meeting, his tax attorney Emil Kallina told him about a Charitable Gift Annuity. The Charitable Gift Annuity would allow Frank to make a gift of land to the hospital in exchange for a regular annuity. Not only would Frank receive a substantial tax deduction, but he would also avoid many legal costs and complexities associated with other charitable vehicles.

The hospital would be pleased to receive the gift, but since the hospital has no interest in developing the property itself, it would have to sell the property. Without a guaranteed buyer for the property, the hospital could be required to make annuity payments before cash has been realized through the sale of the property. The hospital faces a potential lack of return on investment, as well as costs related to receiving, administering and liquidating the real estate. The property could sit for years before being sold. And due to valuation uncertainties, the donor could claim a charitable deduction that is substantially higher than the value at which the hospital can sell the real estate, which could negatively impact the hospital's reputation. There are also environmental risks, such as contaminated soil, that the hospital could be required to clean up.

Many, if not all, of these obstacles could be overcome if the hospital could immediately sell the property upon receipt of the gift. Frank could transfer the real estate gift with a contract for the sale of the property attached, but the IRS would view this as the donor having sold the real estate and gifted the sale of the proceeds to charity. The proceeds of the sale would be considered income to the donor, and Frank would lose substantially.

The "Charitable Put" solves the hospital's problems, while at the same time not jeopardizing Frank's tax situation. At its simplest, with a Charitable Put, the charity enters into a contract with a third party - prior to receiving the property - that gives the charity the right, upon receipt of a particular gift of real estate, to require the third party to purchase the real estate for a pre-arranged price, within a pre-determined period of time. In Frank's case, once the hospital was informed of the gift, the hospital would obtain a real estate broker, who would find a third party buyer to purchase Frank's property. The hospital would, before the gift occurred and before the gift annuity was finalized, enter into a legally binding contract with the buyer where the hospital could now require the buyer to purchase Frank's property within three months of the gift. Finally, the hospital would return to Frank, letting him know that it is now ready to accept the gift of real estate and finalize the gift annuity contract.

Without the Charitable Put, the hospital may have passed on Frank's gift of real estate, or at least encountered substantial difficulties in the process of trying to sell the property. Frank would not receive his annuity, nor his charitable deduction or the satisfaction of giving to the hospital. Whether you are a donor or you work for a charity, contact us before missing out on such an opportunity again.

For a more detailed discussion and a legal analysis of the Charitable Put, please see our article. Additional information is also available on our educational website, CharitablePlanning.com.